Mike Isabell started working in the music industry in 1997 at Well’s Music, The Music and Arts Center, and Prosound Music. Michael found himself surrounded by guitars, teachers, and other musicians. This is where his roots would be. It was here that Michael pursued mastery of the instrument, gaining knowledge not only of styles and techniques but also the anatomy of guitars, and how to fix and care for them. Also, it was here that Michael made many connections and life-long friends, including Jeff Sollohub, who was teaching at Well’s, Music and Arts, and Prosound, alongside Mike. Michael began his time with Jeff and other talented teachers as his mentors and starting at Sollohub Music in 2012 after in-depth training as an instructor with Sollohub, himself, who saw that he had all the right qualities to be a great teacher. And Sollohub was right, as Mike is a student favorite, his students staying with him for years and years. His patience and enthusiasm: nurturing. His passion and love for music: infectious.

When Michael is not teaching, he is learning on his own and states, “Learning never stops. There is no finish line with this instrument, or any other. There is only a deeper understanding and appreciation, and that is where creativity, proficiency, and freedom occur.” At the beginning of 2014 Michael decided to undertake a new style, a new way of playing the guitar. “I wanted to put myself in the shoes of a beginner.”, states Michael, “My students are mostly comprised of the absolute beginner and those frustrated trying to understand and play the guitar on their own. It was important to me to regain that perspective and see through those eyes again.”

Michael found himself newly inspired by the music of Louis Armstrong, Django Reinhardt, and other gypsy jazz musicians. Immersing himself in understanding not only a new style of guitar, more importantly, a more diverse and effective way to learn and teach. He has attended Master Classes in Reykjavik, Iceland to study with international Gypsy Jazz guitarist and teacher, Robin Nolan and would later go on to perform and do radio performances with Robin. “My approach has to be as diverse as my students. From 7 to in their 70’s, finding new ways to convey information and new skills is an exciting challenge that keeps this profession fresh.” Truly passionate about the guitar, Michael can also be seen and heard in his gypsy inspired group Mikey & The Pikeys, as well as being heavily involved in gypsyjazzdenver.com. 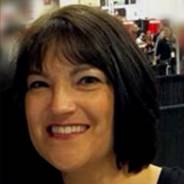 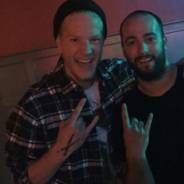 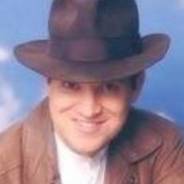